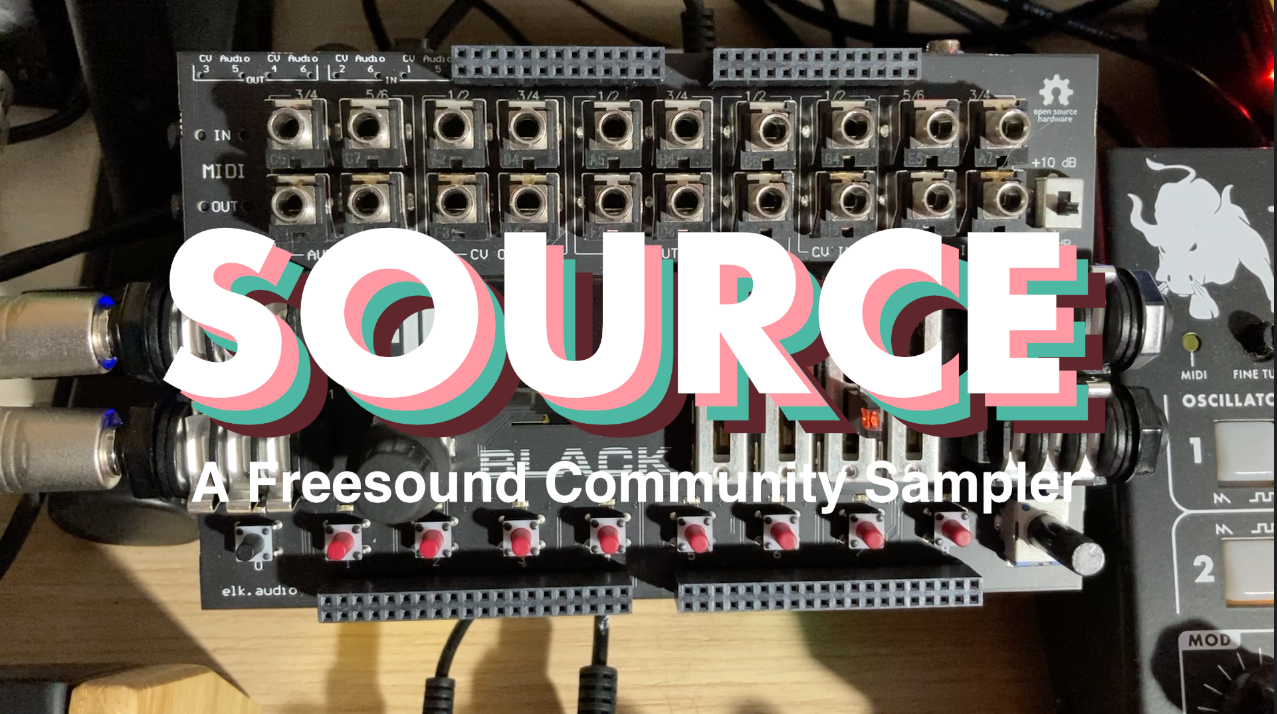 SOURCE is an open-source music sampler powered by Freesound’s collection of 500k Creative Commons sounds contributed by a community of thousands of people around the world. SOURCE is a sampler that does not sample. Instead, it provides different ways to load sounds from Freesound and instantly generate new sound palettes to enrich the creative process and bring an endless SOURCE of inspiration.

SOURCE is designed to run as a stand-alone device on a hardware solution based on a Raspberry Pi 4, the Elk Pi hat for the Raspberry Pi (which provides low-latency multi-channel audio I/O), and the Elk BLACKBOARD controller board (which provides the user interface elements including buttons, faders, a display, and the audio I/O connectors). However, the core of SOURCE is implemented as a standard audio plugin using JUCE. That allows SOURCE to also be loaded in DAWs that support VST/AU plugins, or even run as a stand-alone and cross-platform application in desktop computers (eventhough with somewhat limited functionality). The picture below shows the looks of SOURCE as deployed with the Elk hardware stack:

Here is a video demonstrating some features of SOURCE in action:

SOURCE implements audio playback functionality which is common in many existing music samplers. Perhaps more interesting and unique are the capabilities of SOURCE for interacting with Freesound, searching and retrieving sounds. The SOURCE demonstration video above showcases some of these possibilities. Here is a (potentially incomplete) list of features: