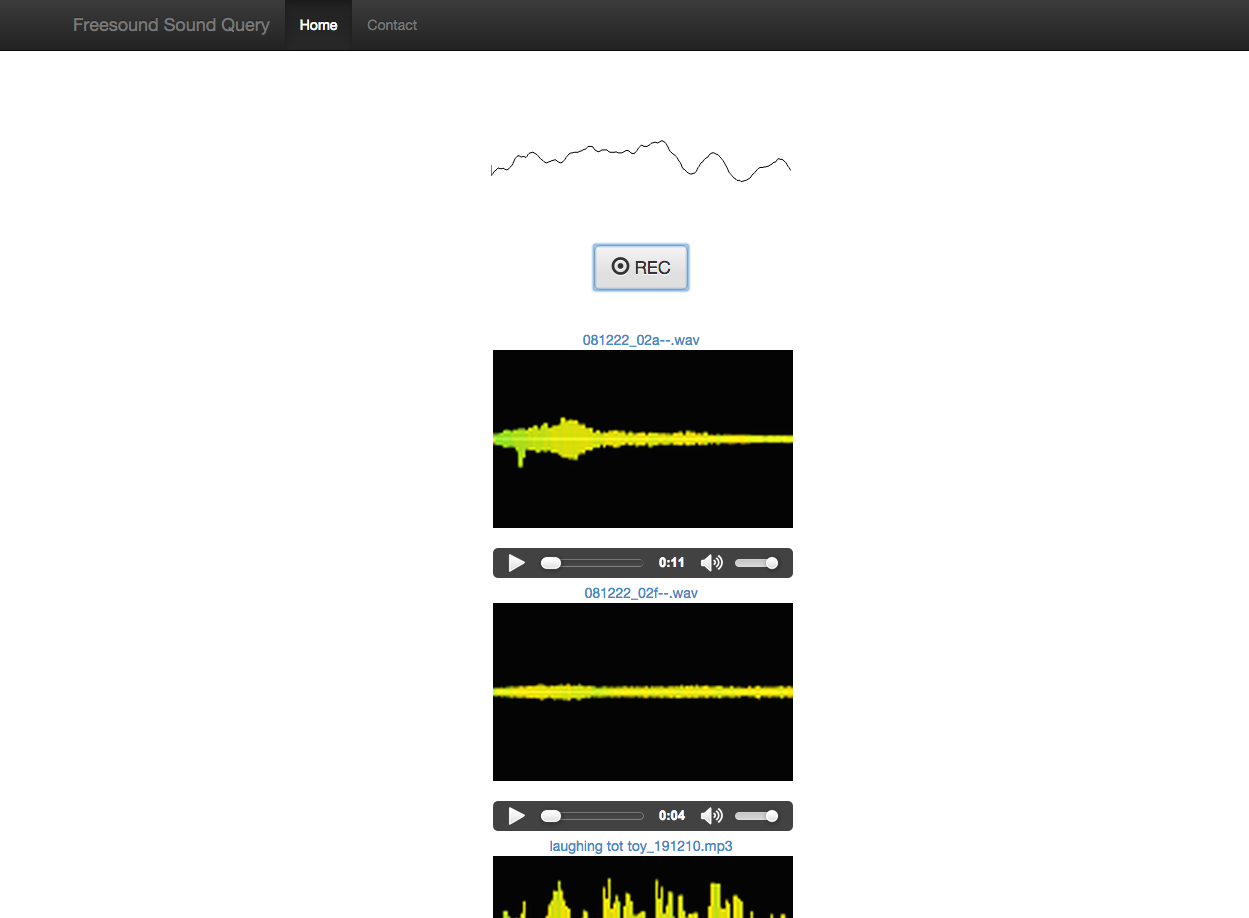 Fsmic is a simple demonstration for querying Freesound with a microphone. It uses recent browser technology (Google Chrome recommended, may not work on Safari or Internet Explorer) for sound recording. The recorded sound is then sent to a python server that analyzes the sound using Essentia timbre descriptors. The Freesound API is then used for retrieving similar sounds. Since the Freesound similarity service is also based on Essentia, the descriptors are compatible, and the results are similar. Try it with your voice, musical instruments or anything that makes noise!