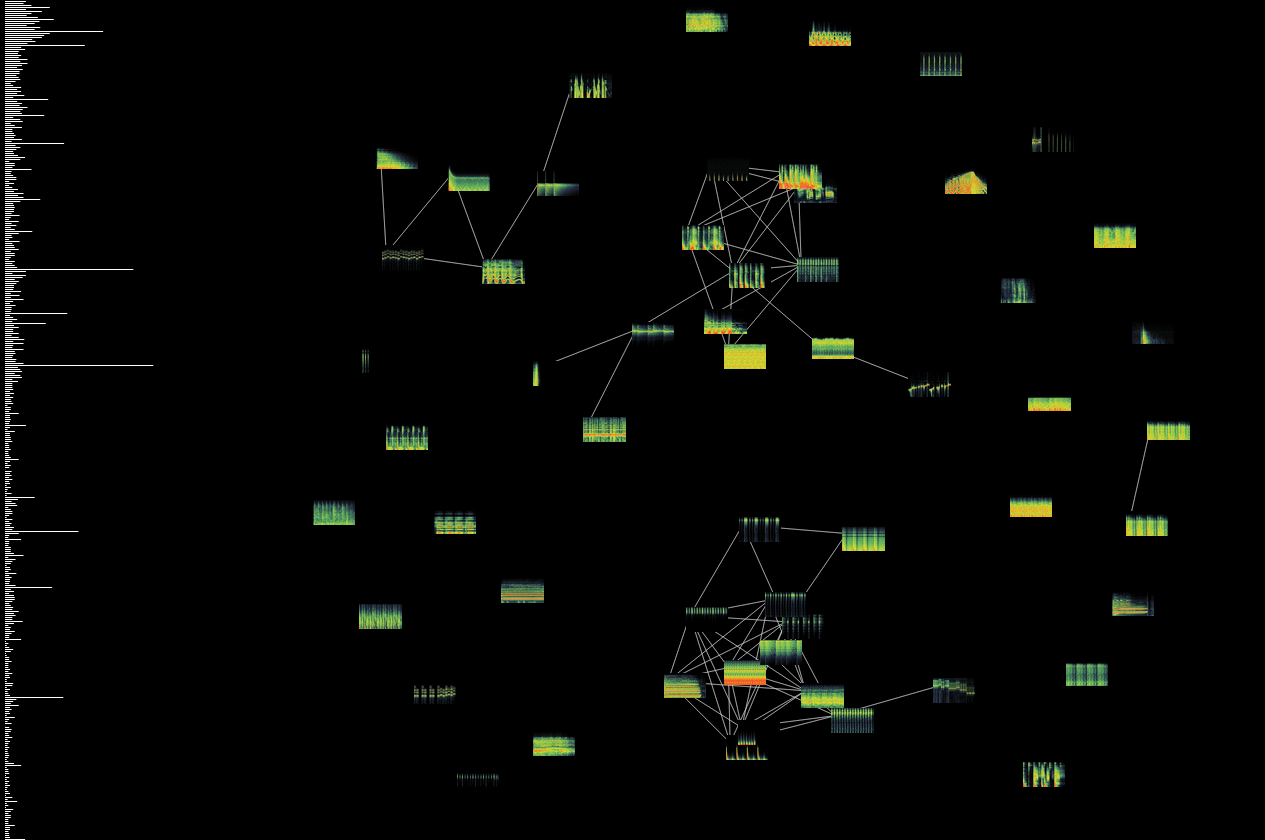 Floop is an experimental system for browsing Freesound loops. The core concept is based on indexing sounds using the Beat Spectrum, a descriptor that does not give you the musical tempo, but that finds periodicities in any kind of sound. A graph-based interface organizes sound according to timbral similarity for a given set of sounds that share the same “repetitive period” and so can be played rhythmically together.