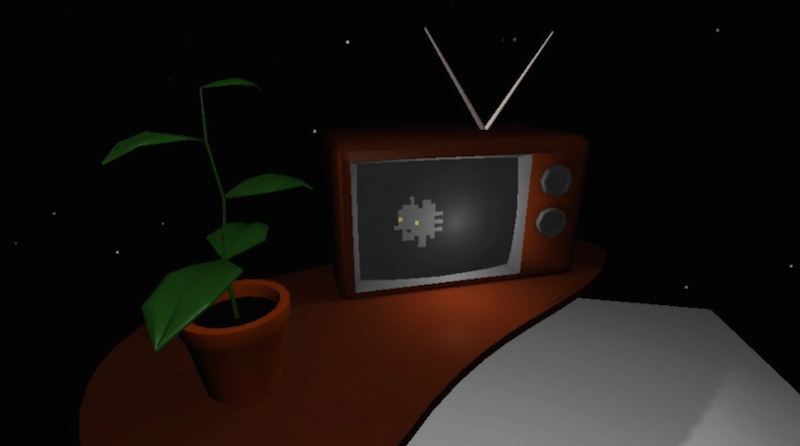 Description by the author, themushroomsound:

Reward Circuit is a find-the-exit type of exploration game, which gets harder and harder as the levels get bigger and bigger. You are helped in your search by the TV screens scattered around the levels, which display a mini map. YES, this is how I squeezed the theme in there. You see, it’s clever because that way each screen displays the entire game… yes? sort of? amirite? The sounds emitted by the Exit should also be of some help. It emits a new layer of sound for each level. If you don’t like the sound it makes when you reach a new level, just jump in the void and it’ll be gone when you respawn.