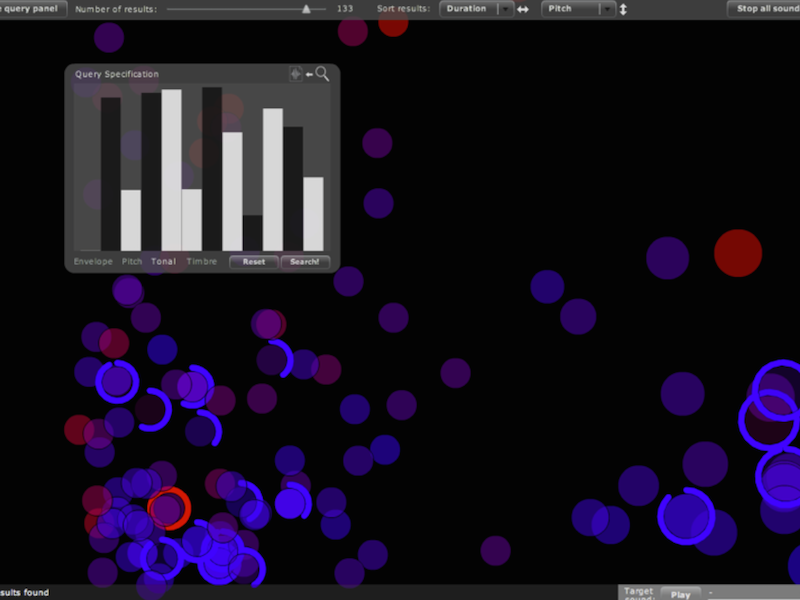 Freesound Explorer is a visualization interface that let users graphically define queries for the Freesound database and retrieve suitable results for a musical context. Music Information Retrieval (MIR) techniques are used to analyze all the files in the database and automatically extract audio features concerning four different aspects of sound perception: temporal envelope, timbre, tonal information and pitch. Users perform queries by graphically specifying a target for each one of these perceptual aspects, that is to say, queries are specified by defining the physical properties of the sound itself rather than indicating its source (as is usually done in common text-based search engines). Similarity search is performed among the whole database to find the most similar sound files, and returned results are represented as points in a two-dimensional space that users can explore.

This interface is the result of the master thesis by Frederic Font carried out at the Music Technology Group of Universitat Pompeu Fabra. Full text can be found here. Unfortunately, the interface is currently not online. However, a new version of a very similar project by the same authors has come to live, check here.