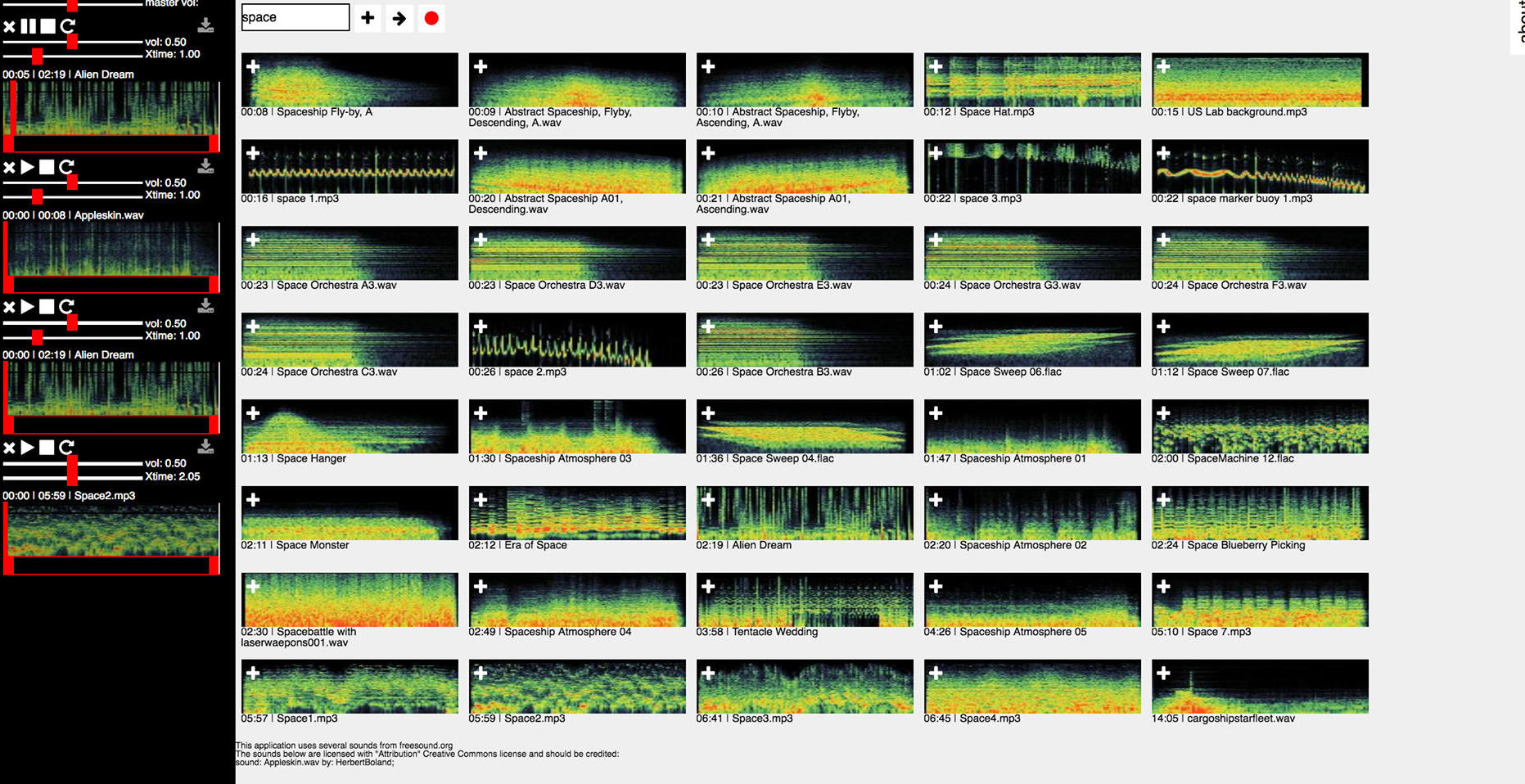 Playsound.space is a web-based tool to search for and play Creative Commons-licensed sounds from Freesound. It can be used for music making in contexts such as free music improvisation, soundscape composition and sound discovery. The system provides a fast access to about 400k non-musical and musical sounds from Freesound and allows users to play and loop them in layered ways. Sound discovery and selection are facilitated by the use of semantic searches, metadata and visual sound representations (spectrograms). Aiming to design an intuitive music making tool for both novices and trained musicians, the site has also recording capabilities and attribution of credits to the original authors of the sounds from Freesound.

Playsound is been developed by Ariane Stolfi in collaboration with: Alessia Milo, Miguel Ceriani, Fabio Viola and Mathieu Barthet. Luca Turchet helped on the evaluation process.