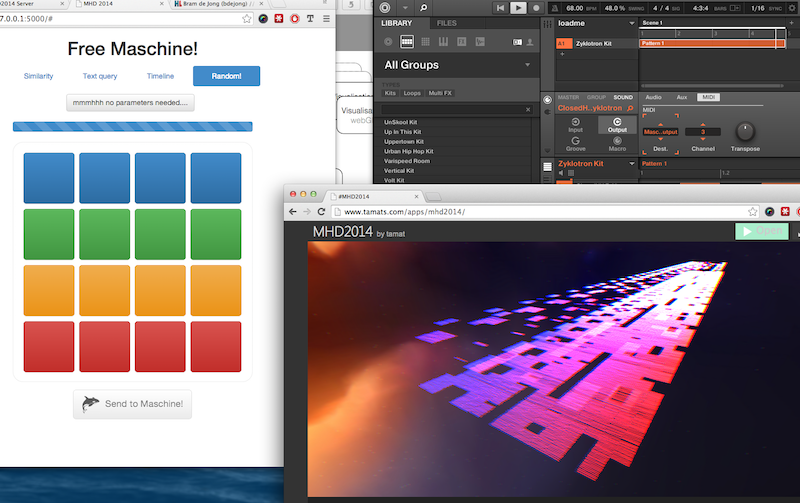 Free Maschine! is an innovative drum machine that takes Freesound samples to build rhythmic patterns. Free Maschine! was originally developed by Javi Agenjo, Bram de Jong and Frederic Font at the Barcelona Music Hack Day 2014 (see presentation video here), and was used to load Freesound sounds into the Native Instruments Maschine studio. It also included a great WebGL visualisation that was triggered by Maschine midi messages sent through Web Midi API. Free Mashcine! was implemented using the Freesound APIv2 and web audio. The version liked in this page is a simplified version of the hack. It only properly works on google chrome (apparently other browsers do not have such an accurate sense of rhythm…).